This Super Luxury tour will give you an opportunity to enjoy full days of game-viewing in 4 different parks of Tanzania and realize the beauty of nature just within 8 days with accommodation in Tanzania’s most luxurious Lodge. 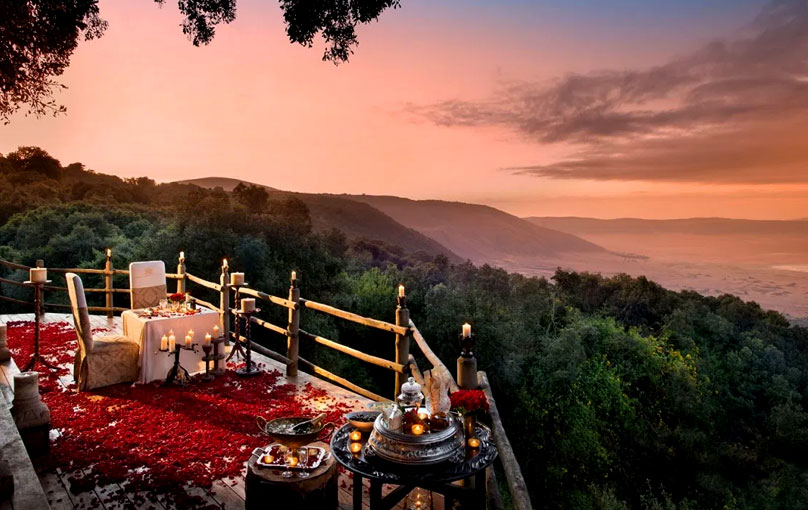 Arrive in Arusha, meet & greet, pick up and transfer to your Hotel for your overnight Stay at The Arusha Hotel

Drive to the Serengeti National Park via Olduvai Gorge (Millions of years ago, the site was that of a large lake, the shores of which were covered with successive deposits of volcanic ash. Excavation work there was pioneered by Louis and Mary Leakey beginning in 1931. The Serengeti National park covers 14,763 km² (5,700 square miles) of grassland plains and savanna as well as river trine forest and woodlands. The park lies in the north of the country, bordered to the north by the national Tanzania and Kenyan border, where it is continuous with the Masai Mara National Park reserve. Stay overnight at Bilila Lodge Kempinski.

Full day game driving in the Serengeti plains, the endless, almost treeless grassland of the south is the most emblematic scenery of the park. Hoofed animals like – zebra, gazelle, impala, hartebeest, topi, buffalo, waterbuck also occur in huge numbers during the wet season. Kopjes are granite florations which are very common in the region, and they are great observation posts for predators, as well as a refuge for hyrax and pythons. Stay overnight at Serengeti Migration Camp.

Morning game drive at Ndutu, then drive to the south-east of the park to Ngorongoro Conservation Area to the rim of the crater to be holding a spectacular view. The crater is one of the most amazing sights of the world to be seen anywhere. Stay overnight at Ngorongoro Crater Lodge with fascinating view of the crater floor.

Descend into the Ngorongoro Crater for a full day crater tour. This is world heritage site, the incomparable Ngorongoro crater is the world’s largest “caldera. Dominated by cliffs standing some 600 meters high and presenting a sheer drop down to a wide open space of some 246 square km, and you may see everything from elephant to lion, and if you’re lucky, the near-extinct black rhino, all amongst large herds of zebra and wildebeest. Stay overnight at Ngorongoro Crater Lodge

After a leisure breakfast, drive back to Arusha and stay overnight at Kia Lodge